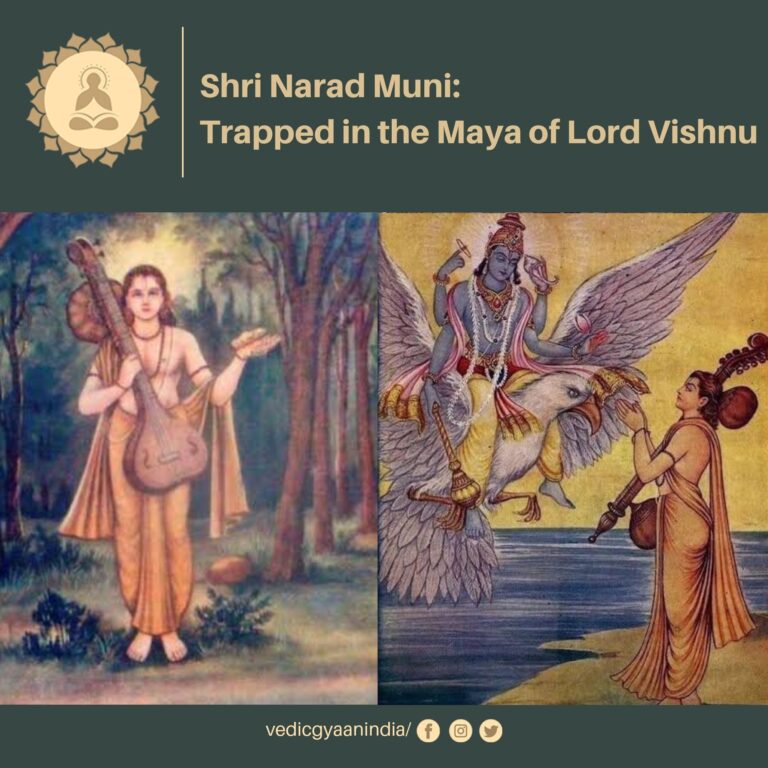 What is ‘Maya’ in Hinduism? A question with no simple explanation, although scholars have studied it for ages and identified texts talking about ‘maya’ in ancient scriptures of Hinduism.

Some believe it is an ability wielded by God to form the mortal world, while others claim Maya is an illusion; the planet we board is truly Maya.
Hinduism goes as far as saying humans trapped in Maya or the illusion of the mortal world, by surrendering oneself to God, will an individual attain ultimate liberation, also referred to as ‘moksha.’

You might be finding it difficult to understand the concept of ‘Maya,’ here’s a simple story from our Vedic scriptures of how Lord Krishna explained ‘maya’ to his ardent devotee Shri Narad Muni.

Sometime during the account of Shri Krishna’s avatar (Lord Vishnu took nine avatars in total), Shri Narada Muni was puzzled with the concept of ‘maya.’ He was constant in thinking of how Maya can influence humans and why it’s considered very powerful.

Unable to contain his curiosity, the sage took all his doubts to Lord Krishna, but the Lord gave a simple smile with none response. Narada Muni left, not understanding why Krishna did not clear his doubts.

However, the Lord had better plans to form Shri Narada Muni to understand the concept of Maya. One day, Krishna invited Shri Narada Muni to hitch his travels around the world, and also the latter gladly agreed. They crossed mountains and rivers for days during a chariot with Krishna because of the charioteer.

Finally, the chariot stopped in a desert and finding himself thirsty. Lord Krishna asked Narada Muni to bring him some water from a close-by house.

When Shri Narada Muni knocked on the door of the house, an attractive woman opened it. Mesmerized by her beauty, Narada Muni completely forgot the Lord was expecting him and proceeded to ask her hand in marriage from her father.

He agreed to their marriage. Once the couple was married, the father came upon a house near a river to gift them. They started to begin their life together. They planted their crops and lived happily together for seven long years. The sage and his wife ended with three children.

But, the marital bliss didn’t last long. One day, a massive flood hit the village due to heavy rain. Despite all his efforts to save his family, Narada Muni lost them within the flood and stood alone in misery. He was stunned and couldn’t believe seven years of his life had been washed away by this flood.

Suddenly, someone tapped his shoulder, and searching behind, Narada Muni was surprised to envision Lord Krishna. “Where’s my water?Half an hour has already past. I was waiting for you,” the Lord asked.

Shri Narada Muni was full of tears from the loss of his family. Soon he came back to his senses. He realizes it was a part of Krishna’s play to make him understand the ability of Maya. While within the clutches of Maya for seven years, Narada Muni discovered only half-hour has passed. The sage lost himself within the trap of Maya.

Finally understanding Maya, Shri Narada Muni begged Krishna to bring him far from the place and swore only to hope and sing his praises all his life to avoid getting stuck in illusion again.

Thus, the ability of Maya was ready to deceive the intellectual sage Shri Narada Muni himself. Enlightened saints believe that only through pure devotion and surrender one can release from the grips of Maya.