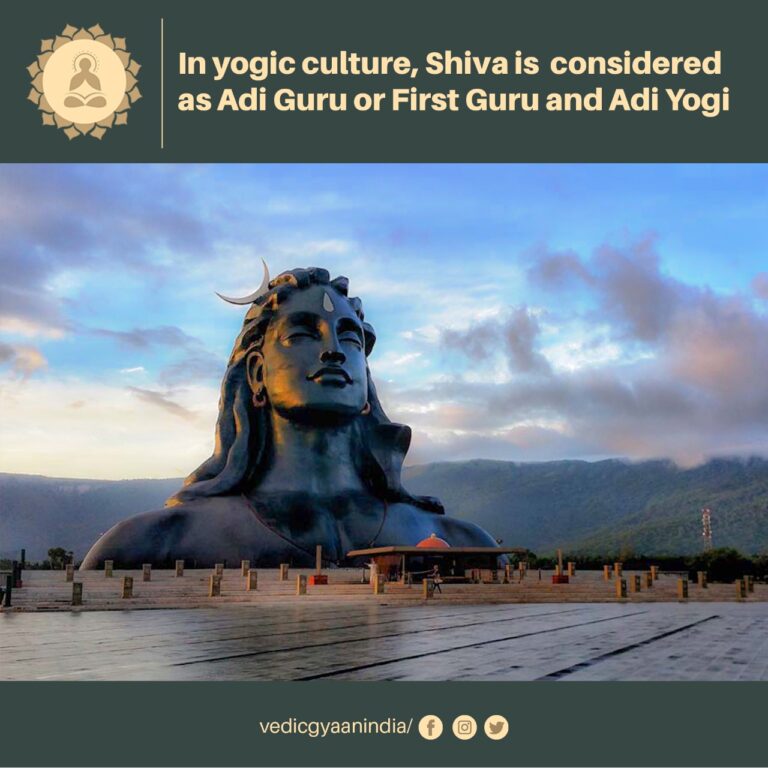 Why do we celebrate Guru Purnima?

In India, Guru Purnima is one of the most sacred festivals, which is less known by the new generation due to the lack of awareness. Though, it is again getting surfaced in the modern era. The saga begins around 15,000 years ago, on a full moon day when Adiyogi (Shiva) emerged in the upper region of the Himalayas, the day when the first guru was born. No one knew from where he came or when he was born. He released himself to attain wisdom by submerging himself in the euphoric dance on the Himalayas.

He danced vigorously for years until his movements came to a pause. Adiyogi’s experience was beyond the understanding of the people. Those who waited to visit Shiva in the hope that something would happen had to leave because Shiva was oblivious of people’s presence. Only seven hardcore people were insistent on learning from Adiyogi. They solicited “we want to know what you know” Shiva chose to ignore them, after 84 long years of profound Sadhana, Adiyogi decided to become a Guru and transformed himself into Adiguru. That full moon day is Guru Purnima.

According to another belief, Krishna Dwaipayana Vyasa was born to Sage Parashara and Satyavati on Guru Purnima. Guru Ved Vyasa was a legendary author who structured the four Vedas, composed the great epic of Mahabharata, and created the base of many Puranas. He earned the title of “Vyasa” due to his contribution to the compilation of Vedic hymns.

Gautam Buddha went from Bodhgaya to Sarnath after 5 weeks of enlightenment. He gave up Tapasaya before his enlightenment. His former five comrades ( pañcavargika) left him and went to Rsipatana in Sarnath. After this, Buddha left Uruvilvā and traveled to Rsipatana to join and teach them. He saw that his former companions will understand Dharma more quickly. He taught them Dharmacakrapravartana Sūtra, they quickly grasped the knowledge and became enlightened. This marked the establishment of the mendicant Sangha on the full-moon day of Asadha month.

The word ‘guru’ has its roots in the Sanskrit language, where ‘gu’ means darkness and ‘ru’ stands for the removal of darkness. Guru Purnima is a day to honor our Gurus, who remove darkness and enlighten our minds. A guru holds a special place in the heart of their disciples in Hindu culture. There are many books and stories which express the importance of Guru and the astonishing bond between a Guru and Shishya (disciple).

An ancient Sanskrit phrase ‘Mata Pitah Guru Daivam’ says that the highest place is for Mata (mother), second for Pita (father), thrid for Guru (Teacher), and forth for Daivam (God).

How to celebrate Guru Purnima?

Worshiping the god should be the first thing to start the celebration of Guru Purnima as Gods are not less than a guru. Disciples in ashrams and Monastries offer prayers to pay gratitude to their gurus. On this day, one should remember the teachings and principles of guru’s and bring them into practice. Vishnu Puja has an important significance on Guru Purnima, a thousand names of Lord Vishnu which are also known as “Vishnu Sahatranam” are sung on this auspicious day.

Fasting and Feasting on Guru Purnima

On this divine day of Guru Purnima, many people fast during the day, refraining to eating rice, salt, and food made up of cereals. Although, the consumption of yogurt and fruits is allowed. They break the fast after puja and mangal aarti in the evening. Hindu temples distribute Prashad and charnamrita after the puja. A strict vegetarian diet is followed on Guru Purnima, consuming only foods like khichdi and aloo poori is permitted.